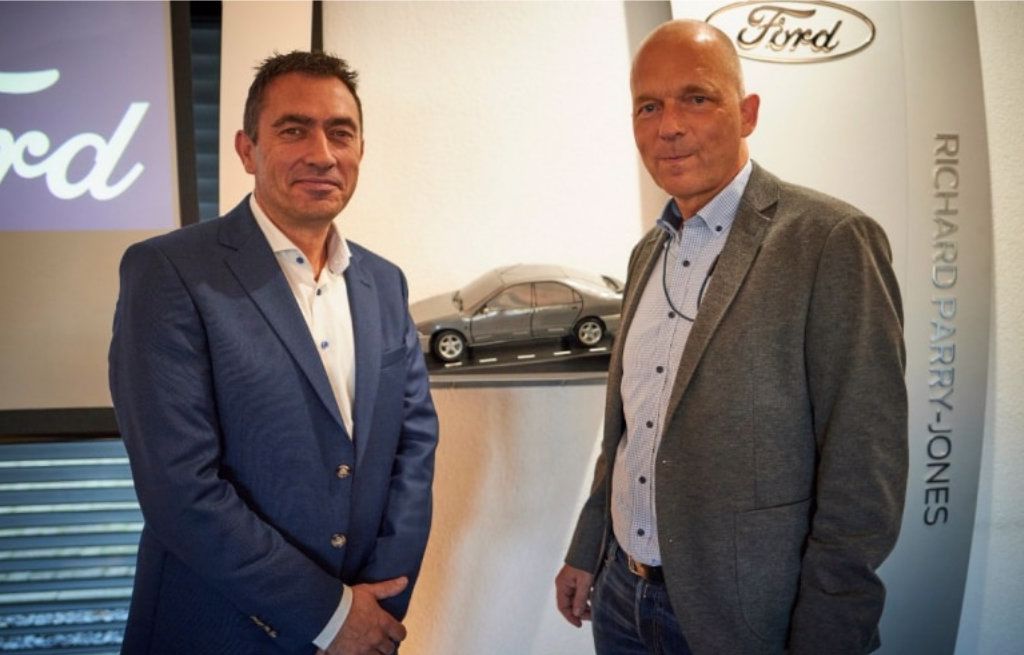 COLOGNE, Germany, Oct. 20, 2022 – Ford Motor Company announced today that a building used for the improvement of driving dynamics will now be known as the Richard Parry-Jones Appraisal Center, in honour of the company’s renowned engineering leader who passed away in April, last year.

Serving as group vice president of global product development for nearly a decade, from 1998 until his retirement in 2007, Parry-Jones was the driving force behind the Ford Focus, Fiesta, Mondeo, Mustang, Thunderbird, F-150 and Ford GT. Born in Wales in 1951, he joined Ford’s product development group as an undergraduate trainee in 1969.

Parry-Jones was known throughout the industry for his expertise in vehicle development, particularly in the area of driving quality and refinement, which makes the naming of the driving dynamics building at Ford’s Lommel Proving Ground, in Belgium, an especially fitting tribute.

“Richard loved coming to this test track, to get first-hand experience of early prototypes and cars in development, to figure out how to make our current cars better, and to drive just for the fun of it,” said Joerg Beyer, executive director, Engineering, Europe. “Placing his name on the appraisal centre is not only a wonderful memorial, it shows that his creative and ingenuous engineering spirit lives on in the vehicles we will make further down the road.”

Parry-Jones was a strong proponent of using consumer insights throughout the product engineering process to deliver vehicles with improved quality, long-range durability and technological innovations that anticipated the wants and needs of customers.

Among the many accolades received throughout his career, Parry-Jones was named “Man of the Year” in 1994 by the top British publication Autocar and in 1997 by the U.S. magazine Automobile. In 1995, he was awarded an honorary doctorate by Loughborough University, in the UK, in recognition of his outstanding contributions to the auto industry and engineering education and training. Ten years later, he was made a Commander of the Order of the British Empire in The Queen’s New Year honours list for services to the automobile industry.